I was in the middle of the Philippines, at an old rusty dive resort where my travel buddy Jessica and I had decided to venture, getting out of Thailand for a few weeks. A nomad story begins – It was there that I met a guy connecting over the most cliche of things, my hot pink bikini (which was apparently his favorite color).

He saw me on the beach of the previous island a few days before and the whole thing felt very holiday romance meets traveling frat party. Yikes.

“He remembered me because hot pink is his favorite color, same color as his surfboard. So it’s fate, he’s totally my boyfriend now,” I joked with Jessica.

I was being totally sarcastic but slightly serious. I don’t do online dating because I believe in a good story and fate.

I’ll shamefully admit that his cheesy line about the pink bikini worked. Briefly. Before he moved onto his next stop.

“I hope our paths cross again,” he said as he we parted ways.

It wasn’t my first (or last) time hearing that, but this time I actually wanted to believe him. I smiled back weakly.

I sat back and thought how a few years ago in my comfortable 9 to 5 job, pre-nomadic life, dating guys was easy. They were stoked about their new house or car, barbecues, they had stability. Neither of us were going to get up and leave each other for the world.

If you’ve ever asked any traveler, digital nomad, expat, or vagabond about meeting a life partner, they’ll almost always say

“I could commit if I met the right person.”

Hold up, dejavu, I’ve heard these words from my ex before. And he wasn’t nomadic. He had a dog and was definitely staying in one place. So if that is something travelers AND the steadfast say that, then What. The. Fuck.

We as travelers actually have every ability to converge our paths at will, so why does this response feel so empty?

At the time, It feels romantic but gives you a gut ache because it can come off as an easy escape and takes both parties off the hook. A common mutual selfishness.

With sharing this nomad story I also want to mention that most digital nomads and expats are freedom-chasers who crave independence. Another species in a sense (a sociologist I interviewed with said we digital nomads are like gang members) who value experience and freedom over owning things and security. So putting something semi-permanent in our “path” can feel like our wanderlust dreams are being taken away.

Maybe this is why we are all collectively picky? We don’t want a relationship that drags us down, and drops anchor, but someone who won’t end the journey, a partner to join us on one instead. The founder of Nomad Soulmates sums it up well when asking, Are Nomads Emotionally Available?

I’m not the only one to experience this chosen causal approach.

“Hey I often do things for a good story and now I’ve collected enough good stories, I may be open to changing my path for someone.”

Even my former roommate said of her conscious uncoupling, “Well ya it’s kind of sad, he’s sad too, he could have chosen to stay but at the end of the day he didn’t. He chose to leave and travel on I guess.” as she thought about how her last relationship ended.

It’s funny because it’s true. How often do I find myself saying “I hope our paths cross again” not only in romantic situations but also with friends, colleagues, and acquaintances. Bloody hell, I’ve even said it to family.

This trend of being chill and letting potential partners go free is particularly ironic as we digital nomads are into so many accountability, networking, and mastermind groups. The overall cultivation of our mobile communities, yet totally unaccountable in our personal relationships, is totally humorus.

My little island romance and I did eventually meet up a few countries later. This time, I found that the roles had reversed and I was the one saying, “I hope our paths cross again.”

I couldn’t believe what I was saying! It was already such a great story. But then, finally, when he visited me where I was living and working, no longer traveling, with my semi-stable lifestyle, it wasn’t the same. This time neither of us said it again and we both left. What a nomad story ending but hey, where there is shadow there must be light!

Traveling the world has been an awesome trek and I may or may not now be ready to make paths cross again or change a path for someone. Where that person is, I don’t know. Maybe in Bali. Maybe even on the Nomad Soulmates app. However, I think it’s safe to say I am really happy to keep the good stories close. More so, grateful for what a fortunate relief it is to be in a nomadic community without the pressure or urgency of finding one path. We are still able to be grounded in an ungrounded place.

Sarah was born and raised in Florida and has been living and traveling abroad for the past two years. She’s now based in Bali where she works as head of marketing for a technology startup and does consulting and e-commerce on the side.

We have many success stories already – Yours could start here as well. 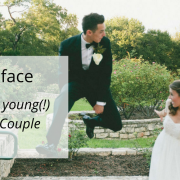 Challenges I face with traveling as a young(!) married Nomad Couple

How I turned my divorce process into an accelerator for a more fulfilling l...
Scroll to top